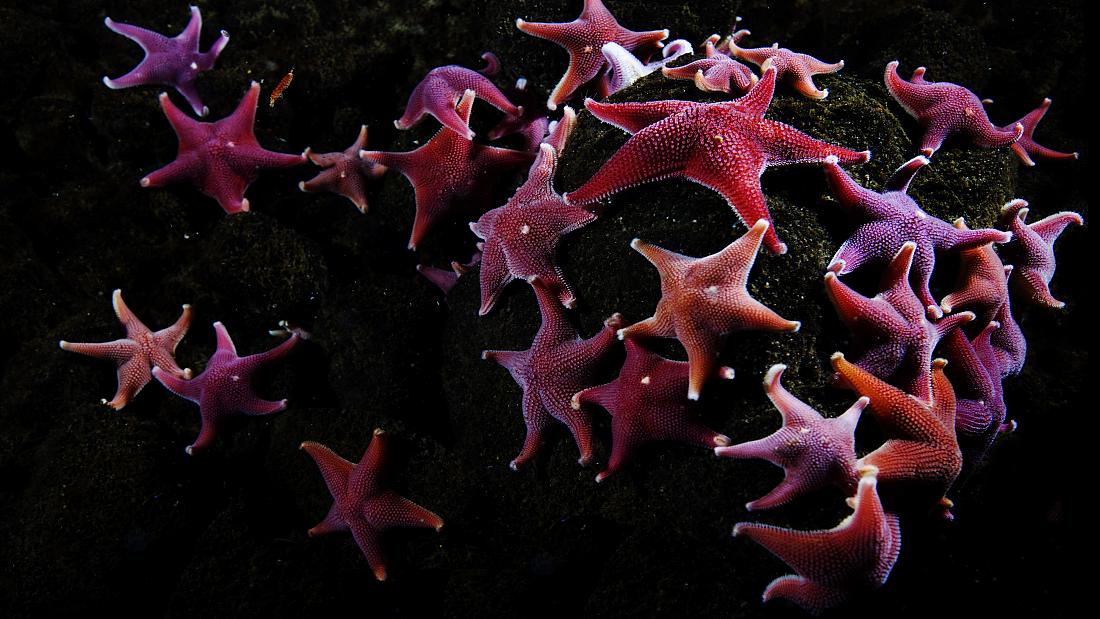 Water covers around 71 per cent of our planet and the wealth of biodiversity found in our oceans is unparalleled. While many areas are now receiving much-needed attention from policymakers, there’s one distinct marine environment that remains virtually unprotected.

The high seas cover two-thirds of the world’s oceans and are beyond the jurisdiction of any country. An astonishing variety of microscopic organisms produce almost half of the world’s oxygen supply.

But only 1 per cent of international waters are currently protected as we approach a dangerous tipping point for all life on Earth.

An astonishing variety of microscopic organisms produce almost half of the world’s oxygen supply.

“The high seas provide more than 95 per cent of the space for life on the planet. Most of those are deep ocean and they are critically underexplored,” marine biologist Dr Diva Amon tells Euronews Green.

“The analogy that I tend to use is that we have a giant supersize TV screen, and the information we have is just a handful of pixels. Basically, even with that, we have more knowledge than we have ever had.”

Despite our lack of understanding, humanity is encroaching further and further into these underexplored marine environments. The high seas and deep oceans face threats from overfishing, marine pollution and a growing number of countries seeking resources beyond their own waters.

Without legal protections and investigations into how our actions are affecting them, we could stand to lose biodiversity before we have even discovered it.

However, a diverse group of scientists from around the world believe we still have an opportunity to tip the balance in favour of saving our oceans. They’ve signed a letter calling on world leaders to adopt an ambitious international treaty.

“For most of the high seas, there’s not a legal mechanism that governments can use to establish marine protected areas, which is really problematic,” explains Nichola Clark, one of the letter’s core authors alongside Dr Amon.

Currently, governance of the high seas is covered by a complex puzzle of organisations and policies. Each takes care of a different aspect of human activity and coordination between groups is less than optimal.

Clark, an Officer on the Protecting Ocean Life on the High Seas team at Pew Charitable Trusts, specialises in the negotiation around a new global agreement currently being drafted by the United Nations. She says that this treaty, called the Marine Biodiversity of Areas Beyond National Jurisdiction (BBNJ), offers a “once in a lifetime opportunity”.

“We are about to finalise this treaty that would finally do what we meant to do, what we set out to do years ago, and fill those governance gaps enabling us to protect high seas biodiversity.”

Perhaps unsurprisingly, such an ambitious treaty isn’t without challenges when it comes to international cooperation, Clark explains. Further delays to dialogue between countries and differences in opinion about what ocean protection should look like could hamper its progress.

“A global pandemic has meant that now there is going to be at least a two year gap between the last time negotiators came together in a room to work on this treaty and the next round of negotiations,” she says.

“There are still a number of substantive questions that are going to have to be addressed before we can actually get some final treaty texts.”

“We’ve been talking about conserving biodiversity for two decades.”

Clark raises the example of marine protected areas. Some countries involved in the negotiation want these ecologically and biologically important regions to be identified before protections are introduced.

There are already processes in place to do this, however, and time is running out for our oceans; “we’ve been talking about conserving biodiversity for two decades.”

Despite the obstacles, Clark remains optimistic: “I think it’s going to be a challenge, but I don’t think it’s an insurmountable one.”

With people more switched on to the importance of the ocean to our health and that of the planet, there has never been a better time. Along with the rest of the letter’s authors, Clark is calling for negotiations to end as soon as possible, finally putting legal preservation in place for the unprotected half of our planet.

What can we learn from the European Eel?

What replaces the current mosaic of policies needs to be different from previous legal mechanisms to protect the high seas, though. The scientists behind the letter say the new UN treaty has to be comprehensive, backed by science – and reflect on the mistakes of the past.

“We have an opportunity to create a system that conserves biodiversity, while also creating an equitable environment for all of humankind,” says another of its core authors, University of North Carolina biologist, Dr Rebecca Helm.

In the past, we’ve put in place short-sighted ocean stewardship policies, even with the best intentions in mind, that have harmed these ecosystems. You don’t need to look far to find instances where we’ve proceeded with ignorance.

“A great example would actually be the critically endangered European eels,” says Helm.

“They’re now critically endangered for a variety of reasons but one of the mysteries of the eel that persisted for hundreds of years was where do they come from. Now we know that the eels swim out into the middle of the Atlantic, into the Sargasso Sea, this sort of ecosystem at the ocean surface, outside of national jurisdiction.”

Their story is a lesson in not treating ecosystems as separate but instead thinking about how the survival of one species could rely on protecting entire oceans. Conserving the European Eel is impossible without thinking about both national and international jurisdiction.

The BBNJ treaty, Helm explains, is a chance to lay the foundations for something better.

The common heritage of humankind

As with many issues related to places humans don’t often visit, protection of the high seas isn’t a subject that makes headlines.

“It’s hard to ask people to care about the high seas, about the deep ocean, considering that many of them may never have been there, don’t know anything about it and may never go there or experience it in their entire lives,” says Dr Amon.

There is so much that we can learn from those critically underrepresented and marginalised parts of society so that we can ultimately benefit and allow the benefit to extend across humanity.

But out of sight does not mean out of mind. Conserving biodiversity in these almost alien regions has an impact on the lives of millions. Everything from income for coastal communities, tourism and even the air we breathe.

“Ultimately, the high seas is the largest space on the planet, and it is critically connected to the rest of the biosphere.”

The voices backing the letter reflect just how important this legal protection is to communities all over the world. So far it has been signed by more than 20 scientists in countries including multiple EU states, Costa Rica, Palau and Kenya. Around 80 per cent of the signatories are female.

“I think science is having a bit of a reckoning,” she notes, “we know that Indigenous people and local communities often are operating with solutions.”

“There is so much that we can learn from those critically underrepresented and marginalised parts of society so that we can ultimately benefit and allow the benefit to extend across humanity.”

Dr Amon believes this wealth and diversity of views has the power to completely transform the way we manage and value our oceans. Women are disproportionately affected by climate change and communities in the Global South face some of the biggest impacts.

“Ultimately, everyone needs a seat at the table because this is the common heritage of humankind.”