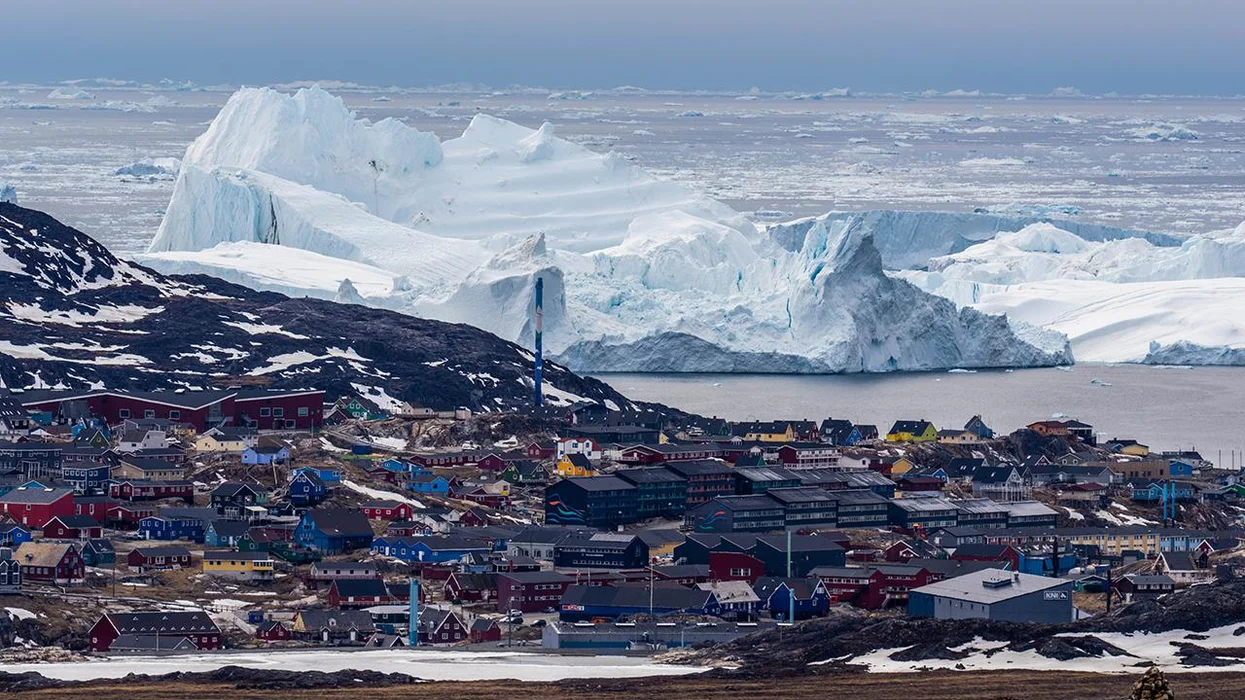 The government of Greenland, an autonomous Danish dependent territory, framed the move as necessary to transition away from fossil fuels.

“The future does not lie in oil. The future belongs to renewable energy, and in that respect we have much more to gain,” the Greenland government, Naalakkersuisut, said in a statement.

Great news: Greenland bans all new oil exploration due to escalating climate emergency and concerns for the fragile arctic environment. Years of creative, peaceful and persistent protest bear fruit. Pic: Greenpeace activists scaling an oil rig off the coast of Greenland in 2011 pic.twitter.com/vHh1dFzDDz

A government statement posted in English points to federal geological data showing there could be 18 billion barrels of oil off the country’s west coast as well as likely “large deposits” off the island’s east coast.

“However,” the statement reads, “the Greenlandic government believes that the price of oil extraction is too high. This is based upon economic calculations, but considerations of the impact on climate and the environment also play a central role in the decision.”

According to the Associated Press,

No oil has been found yet around Greenland, but officials there had seen potentially vast reserves as a way to help Greenlanders realize their long-held dream of independence from Denmark by cutting the subsidy of the equivalent of about $680 million Canadian the Danish territory receives from the Danish government every year.

“As a society, we must dare to stop and ask ourselves why we want to exploit a resource,” said Naaja H. Nathanielsen, minister for housing, infrastructure, mineral resources, and gender equality. “Is the decision based upon updated insight and the belief that it is the right thing to do? Or are we just continuing business as usual?”

“It is the position of the Greenlandic government,” said Nathanielsen, “that our country is better off focusing on sustainable development, such as the potential for renewable energy.”

“International investments in the energy sector in recent years are moving away from oil and gas and into renewable energy. It is therefore natural that we emphasize business on the opportunities of the future and not on the solutions of the past,” he said.

“The decision to halt oil exploration is also the story of a population that puts the environment first,” said Broberg.

Greenland’s left-wing Inuit Ataqatigiit Party [Community of the People party) gained control of the government after April elections, which some saw as a referendum on further mining of rare earth elements and uranium. The Ataqatigiit Party had campaigned against a major mining project in Kvanefjeld.

Mikaa Mered, lecturer on Arctic affairs at HEC business school in Paris, told Reuters following the election that “Greenlanders are sending a strong message that for them it’s not worth sacrificing the environment to achieve independence and economic development.”

The Thursday statement also announced the release of a draft-bill to ban preliminary investigation, exploration, and extraction of uranium.

The ban on future oil drilling comes amid a slew of extreme weather events and planetary changes linked to the climate crisis, including what researchers say is a destabilizing of the Greenland ice sheet.

In a Friday tweet sharing AP‘s reporting on the ban, Greenpeace appeared to reference the climate emergency, writing that there’s “no time to lose. Who’s next?”